Apple Inc. lost an interesting lawsuit before the General Court of the European Union regarding its famous trademark logo. The case at hand concerns an attempt by the Chinese company Pear Technologies Ltd to register the following European trademark:

For classes of goods and services:

Against this application an opposition was filed by Apple on the ground of its following earlier figurative trademark: 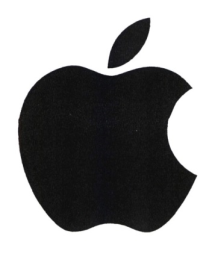 For classes of goods and services:

Class 9: ‘… Computers, tablet computers, computer terminals, computer peripheral devices; computer hardware; … digital music and/or video players; MP3 and other digital format audio players; … handheld and mobile digital electronic devices for the sending and receiving of telephone calls; … computer software for use in connection with online music subscription service, software that enables users to play and program music and entertainment-related audio, video, text and multi-media content, software featuring musical sound recordings, entertainment-related audio, video, text and multi-media content, computer software and firmware for operating system programs, data synchronization programs, and application development tool programs for personal and handheld computers; … computer hardware and software for providing integrated telephone communication with computerised global information networks; electronic handheld devices for the wireless receipt, storage and/or transmission of data and messages, and electronic devices that enable the user to keep track of or manage personal information; software for the redirection of messages, Internet e-mail, and/or other data to one or more electronic handheld devices from a data store on or associated with a personal computer or a server …’;

Class 35: ‘… Retail store and online store services in the field of entertainment featuring music, video, … musical works, pre-recorded audio and audio-visual works and related merchandise, and music related electronic products, via the Internet and other computer, electronic and communications networks …’;

Initially, the EUIPO upheld the opposition, the main argument for which was the proved reputation of Apple’s trademark among the consumers in the EU.

In the appeal, however, The General Court annulled this decision stating that EUIPO erred in its assessment. The reasons for this conclusion were that even though Apple’s sign has a reputation, which broadens its protection scope, this can be an argument only in a case that both trademarks are phonetically, visually and conceptually similar.  In the case at hand, this is not true.

In that regard, it should be noted, first, that it is admittedly true that each of the conflicting marks may be described as using the image of a fruit. However, as all the parties to this action also argue, the mere fact that there is a generic term which includes the terms used to describe the semantic content of the marks at issue is not a relevant factor in the context of the conceptual comparison. In the same vein, it should be borne in mind that the examination of the similarity takes into consideration the conflicting marks as they have been registered or as they have been applied for. Accordingly, it should be observed that the conflicting marks evoke the concept of ‘fruit’ only in an indirect manner. It follows from the considerations set out in paragraphs 62 and 63 above that the conflicting marks will not be perceived as depicting two unidentifiable fruits, but rather as (i) an apple with a bite taken out of it, possessing a leaf, and (ii) a pear with a stem. In those circumstances, it is inconceivable that the relevant public displaying a high level of attention will use the term ‘fruit’ instead of ‘pear’ or ‘apple’ when referring to the conflicting marks.

Next, it should be borne in mind that, according to the case-law cited in paragraphs 22 and 61 above, the comparison of the conflicting marks must be based on the overall impression given by them, by reference to the intrinsic qualities of those marks, and, moreover, conceptual similarity arises from the fact that both marks use images with a similar semantic content. These considerations counter the taking into account of factors such as those mentioned in paragraph 32 of the contested decision, which are not based on the perception of the semantic content of the images used by the conflicting marks, as they have been registered or as they have been applied for, but which are distant from the actual depiction of them. The protection which is granted to an earlier figurative mark does not apply, in the absence of commonalities with the depiction of the mark cited in opposition, to the general category of phenomena that it depicts. The Board of Appeal was therefore wrong to take the view that the marks at issue could be regarded as being conceptually similar on the sole ground that the fruits which they depicted shared several characteristics in real life.