The European court has ruled in the case C‑567/18 Coty Germany GmbH  v Amazon. The case concerns the following background:

Coty, a distributor of perfumes, holds a licence for the EU trade mark DAVIDOFF registered under No 876 874 (‘the mark at issue’), which enjoys protection for ‘perfumes, essential oils, cosmetics’.

Amazon Services Europe enables third-party sellers to place offers for sale in respect of their goods in the ‘Amazon-Marketplace’ section of the website http://www.amazon.de. In the event of sale, contracts concerning those goods are concluded between the third-party sellers and the purchasers. Those third-party sellers may also avail themselves of the ‘Fulfilment by Amazon’ scheme, under which goods are stored by Amazon group companies, including Amazon FC Graben, which operates a warehouse. Those goods are dispatched by external service providers.

On 8 May 2014 one of Coty’s test purchasers ordered on the website http://www.amazon.de a bottle of ‘Davidoff Hot Water EdT 60 ml’ perfume that was offered for sale by a third-party seller (‘the seller’) and dispatched by the Amazon group under that scheme. After Coty sent a letter of formal notice to the seller on the ground that the rights conferred by the mark at issue were not exhausted in respect of the goods consigned by the seller to Amazon FC Graben under that scheme, those goods not having been put on the market in the European Union under that trade mark by the proprietor or with its consent, the seller signed a cease-and-desist declaration, coupled with a penalty clause.

The Regional Court, Germany dismissed the action brought by Coty. The appeal brought by Coty was dismissed, with the court of appeal holding, inter alia, that Amazon Services Europe had neither stocked nor dispatched the goods concerned and that Amazon FC Graben had kept those goods on behalf of the seller and other third-party sellers.

Coty brought an appeal on a point of law (Revision) before the referring court. Only Amazon Services Europe and Amazon FC Graben are respondents before that court.

The referring court states that whether that appeal is successful, in so far as Coty disputes the court of appeal’s finding that Amazon FC Graben is not liable as a perpetrator of an infringement of trade mark rights, depends on the interpretation to be given to Article 9(2)(b) of Regulation No 207/2009 and Article 9(3)(b) of Regulation 2017/1001.

In particular, it emphasises that whether the appeal on a point of law is successful depends on whether those provisions are to be interpreted as meaning that a person who, on behalf of a third party, stores goods which infringe trade mark rights, without having knowledge of that infringement, stocks those goods in order to offer them or put them on the market for the purposes of those provisions, even if it is only the third party who intends to offer those goods or put them on the market.

The referring court also states that, since Coty bases one of its claims on the risk of a repeat infringement, its action is well founded only if the conduct of the Amazon group companies in question is established to be unlawful both at the material time in the main proceedings and when the decision on the appeal on a point of law is issued.

In those circumstances, the Bundesgerichtshof (Federal Court of Justice, Germany) decided to stay the proceedings and to refer the following question to the Court of Justice for a preliminary ruling:

‘Does a person who, on behalf of a third party, stores goods which infringe trade mark rights, without having knowledge of that infringement, stock those goods for the purpose of offering them or putting them on the market, if it is not that person himself but rather the third party alone which intends to offer the goods or put them on the market?’

Article 9(2)(b) of Council Regulation (EC) No 207/2009 of 26 February 2009 on the [European Union] trade mark and Article 9(3)(b) of Regulation (EU) 2017/1001 of the European Parliament and of the Council of 14 June 2017 on the European Union trade mark must be interpreted as meaning that a person who, on behalf of a third party, stores goods which infringe trade mark rights, without being aware of that infringement, must be regarded as not stocking those goods in order to offer them or put them on the market for the purposes of those provisions, if that person does not itself pursue those aims. 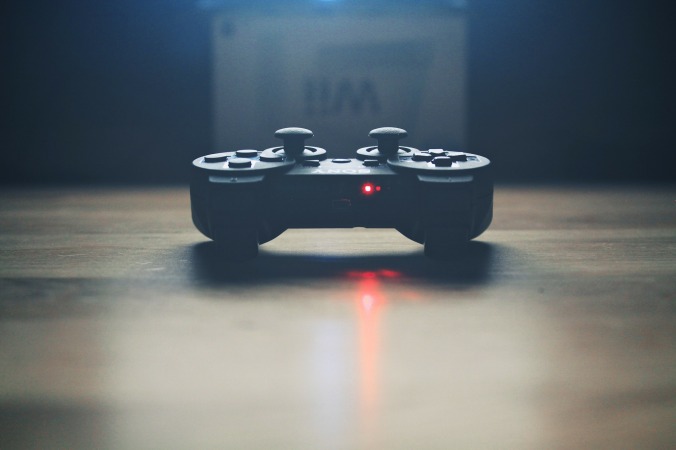 Both marks have been registered in the UK by Michael Gleissner, a person notoriously known for cases of bad faith registered trademarks in the EU.

According to the Square Enix, its unregistered trademark Parasite Eve has been in use for video games in the UK since 1998. Because of that, it has built a strong reputation amongst the consumers in the country. In light of this, the above mentioned two trademarks are confusingly similar and can damage the reputation of the earlier mark.

The UKIPO agreed with the Japanese company considering the later two trademarks as confusingly similar and registered in bad faith with the purpose to take advantage of the earlier trademark established reputation.

The Chilean vineyard Sociedad Anónima Viña Santa Rita won a dispute before the UK patent office regarding its following trademark for class 33 that contains the word PISCO: 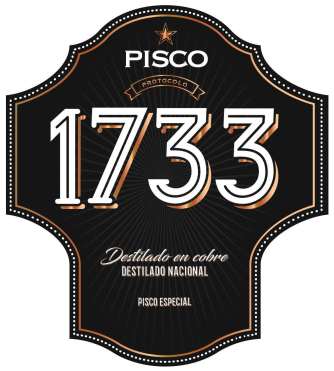 The Peruvian IP office objected to this registration claiming that only producers from Peru can use the term PISCO to label their products in particular wine.

According to the Chilean vineyard, this wasn’t the case due to the fact that wine under the same name had been producing in Chily for centuries.

The UKIPO ruled that in the case at hand there was no risk for consumer confusion because it was highly unlikely for them to connect the term PISCO only with Pery. In addition, taking into account the whole mark the likelihood of confusion was even smaller.

Similar disputes between Chile and Pery exist in India and Australia too.

Against this application, LEGO invoked its Lego trademark for class 28 and claimed an acquired reputation amongst Japanese consumers.

The Japan Patent Office agreed that LEGO is a well-known trademark in the country for many years a conclusion supported even by the fact that half of the schools in Japan used Lego toys for educational purposes.

Nevertheless, the Office dismissed the opposition stating that both signs are not confusingly similar. The Lego’s argument that CATTY is descriptive terms as the first part of the later mark, was rejected.

According to the Office, the other reason for lack of confusion was the fact that the goods target different manufacturers, consumer audience and distribution channels.

Honda won an opposition in the UK against an application for a trademark ‘Vtecdirect’ in class 37 for the “the fitting and installation of Vehicle parts; the maintenance, repair, and servicing of vehicles”.

Against this mark, the Japanese company invoked its earlier mark for ‘VTEC’ in class 12.

According to the Patent Office, there is a similarity between both signs that can create consumer confusion. Both trademarks are visually similar due to the VTEC part which has a leading position. Although DIRECT word creates some conceptual difference it is not enough to overcome the similarity especially taking into account the fact that this word is not so distinctive.

The applicant’s argument that there was no confusion because both companies have different business models and in fact, its services enhance Honda’s sales were been dismissed. The trademark role is to indicate trade origin not to promote someone else’s brand.

Uber won an opposition in the UK against a trademark application ‘ChefUber’ applied for in class 35 – recruitment services in the catering trade.

Against this application, Uber invoked several of its earlier UBER trademarks for the same class including the UberEats trademark used for food delivery. According to the company its marks are similar to the later one in a greate scale.

The Applicant argued that there is no similarity due to the fact that the first part of its mark is Chef, which makes the sign to stand alone.

The Patent Office came to the conclusion that the services between the trademarks at hand are similar or identical.

When it comes to the sign, the Office considered them confusingly similar. The fact that there is a Chef in front of Uber in the later mark is not enough to overcome this possibility because this word is not distinctive and it is even descriptive for the listed services.

What’s more, the Office considered that the later sign tries to take advantage of the Uber reputation as a brand on the market.

Uber succeeded in an opposition procedure against the following UK trademark application:

This sign was filed for the following goods and services:

In Class 35: Retail services connected with the sale of mobile phones and accessories;
batteries; battery charges; media for storing information, data, signals, images and/or sounds; photographic apparatus and instruments; parts and fittings for the aforesaid goods”.

Uber invoked a family of earlier Uber trademarks against this application, for the same classes, stating possible consumer confusion.

According to the UKIPO the goods and services of the marks were identical or complementary.

The applicant tried to claim that Uberfone poses a specific meaning in German which is to something “superb or happy”.

The Office dismissed it considering that the German language is not so popular in the UK and most of the people wouldn’t be able to get the meaning.

Taking into account the phonetic and visual similarities between the signs, the UKIPO upheld the opposition.