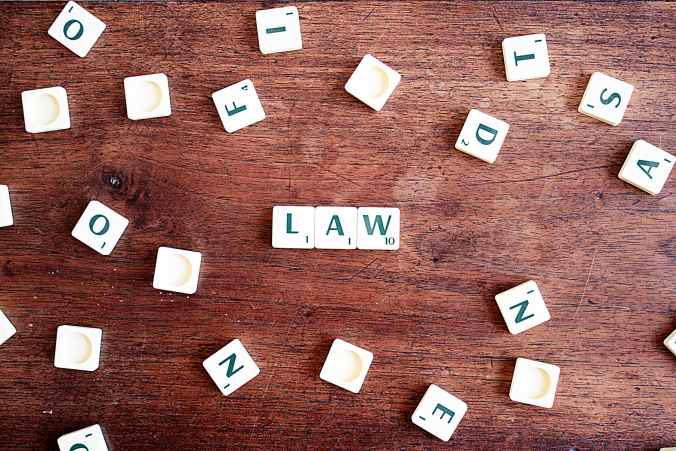 Gilead is a pharmaceutical company which markets an antiretroviral medicinal product indicated for the treatment of persons infected with HIV, under the name Truvada. That medicinal product contains two active ingredients, tenofovir disoproxil (‘TD’) and emtricitabine. (5) It was granted marketing authorisation (‘MA’) in 2005 by the European Medicines Agency (EMA).

Gilead holds European patent No EP 0 915 894 (‘the basic patent’). That patent, which was applied for on 25 July 1997 with a claimed priority date of 26 July 1996, was granted on 14 May 2003 and expired on 24 July 2017. It covers, in general terms, a series of molecules which are helpful in the therapeutic treatment of a number of viral infections in humans and animals, in particular HIV.

The ‘Summary of the Invention’ states that the invention provides compounds in accordance with two Markush formulae, formula (1a) and formula (1), and methods for preparing such compounds.

Claim 25 is an independent compound claim to TD.

‘A pharmaceutical composition comprising a compound according to any one of claims 1 to 25 together with a pharmaceutically acceptable carrier and optionally other therapeutic ingredients’. (6)

In 2008, Gilead was granted SPC SPC/GB05/041 on the basis of claim 27 of the basic patent and the MA obtained for Truvada. The SPC relates to a ‘composition containing [TD], optionally in the form of a pharmaceutically acceptable salt, hydrate, tautomer or solvate, together with Emtricitabine’. (7)

The applicants in the main proceedings, who intended to market generic versions of Truvada on the UK market once the basic patent had expired, brought proceedings before the referring court disputing the validity of that SPC.

In support of their action, the applicants in the main proceedings argue essentially that, in order for Article 3(a) of Regulation No 469/2009 to be satisfied, the product in question must be ‘specified in the wording of the claims’ (8) and, where the claim contains a functional definition, it must ‘relate, implicitly but necessarily and specifically’ to that product. (9) They observe that emtricitabine is not specified anywhere in the wording of claim 27 and that the words ‘other therapeutic ingredients’ do not specify any active ingredient, whether structurally, functionally or otherwise. ‘On the contrary, they cover a virtually unlimited range of active ingredients for the treatment of many diseases. Indeed, emtricitabine was not approved for clinical use until seven years after the priority date of the Patent and there is no evidence that it was known to be efficacious at that date.’

The applicants in the main proceedings also contend that claim 27 does not require the presence of any ‘other therapeutic ingredients’ since such ingredients are only ‘optionally’ present. According to the applicants, ‘it is clear from the case-law of the Court that it is not enough that a claim to “A composition comprising compound A” would be infringed due to the presence of A in a combination product consisting of A and B. There is no distinction between such a claim and a claim to “A composition consisting of compound A and optionally other active ingredients”’.

Gilead asserts that in order for Article 3(a) of Regulation No 469/2009 to be satisfied, it is necessary and sufficient that the product in question falls within the scope of protection of at least one claim of the basic patent applying the Extent of Protection Rules. (10) It takes the view that the combination of TD and emtricitabine does fall within the scope of protection of claim 27 of the patent under Article 69 of the EPC and under the Protocol on interpretation.

The referring court considers that, notwithstanding the many judgments delivered by the Court of Justice on interpretation of Article 3(a) of Regulation No 469/2009, (11) the meaning to be given to that article ‘remains unclear’. The referring court asserts that the need to make a reference to the Court of Justice is confirmed by the divergent decisions that have been reached around Europe as to the availability of an SPC on the facts of the present case and by the differing interpretations of Article 3(a) of Regulation No 469/2009 that have been adopted in the case-law of the national courts. (12)

The referring court states that it is not sufficient that the product falls within at least one claim of the basic patent and that ‘more is required’. The judgments of 12 December 2013, Actavis Group PTC and Actavis UK (C‑443/12, EU:C:2013:833); of 12 December 2013, Eli Lilly and Company (C‑493/12, EU:C:2013:835) and of 12 March 2015, Actavis Group PTC and Actavis UK (C‑577/13, EU:C:2015:165) suggest that, in order to determine whether a ‘product is protected by a basic patent’, ‘the subject matter of the invention covered by the basic patent’ or the ‘core inventive advance’ must also be taken into consideration. However, the referring court submits, those judgments do not make clear the meaning and scope of those new tests, or even whether they apply to interpretation of Article 3(a) of Regulation No 469/2009. (13)

According to the referring court, the product must contain an active ingredient, or a combination of active ingredients, which embodies the inventive advance (or technical contribution) of the basic patent. (14)

In the present case, the referring court notes that emtricitabine is not mentioned in the basic patent at issue. Nor is there any evidence that emtricitabine was known to be efficacious for the treatment of HIV on the priority date claimed by that patent. In view of those considerations, the referring court hesitates to find that the TD/emtricitabine combination is protected by the basic patent within the meaning of Article 3(a) of Regulation No 469/2009, especially as the criteria laid down in the case-law provide but little clarification for the purpose of resolving that question.

In those circumstances, the High Court of Justice (England and Wales), Chancery Division (Patents Court) decided to stay the proceedings and to refer the following question to the Court of Justice for a preliminary ruling:

‘What are the criteria for deciding whether “the product is protected by a basic patent in force” in Article 3(a) of Regulation No 469/2009’.