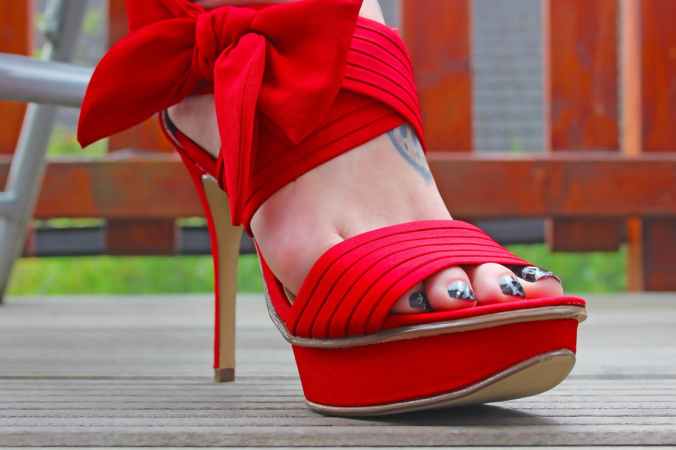 This is his second opinion because surprisingly the Court took a decision to reassign the case to the Grand Chamber.  The Court decided to reopen the oral procedure and requested the interested parties to attend a new hearing.

In a nutshell, the case concerns the following:

Mr Christian Louboutin is a fashion designer who designs, amongst other things, high-heeled shoes for women. Those shoes have the particular feature that the outer sole is always red.

On 28 December 2009, Louboutin lodged an application for a trade mark which led to the registration, on 6 January 2010, for goods in Class 25, namely ‘footwear (other than orthopaedic footwear)’, of Benelux trade mark No 0874489 (‘the contested mark’). On 10 April 2013, the registration was amended so as to limit the goods covered to ‘high-heeled shoes (other than orthopaedic shoes)’.

The trade mark is described as consisting ‘of the colour red (Pantone 18 1663TP) applied to the sole of a shoe as shown (the contour of the shoe is not part of the trade mark but is intended to show the positioning of the mark)’. It is reproduced below:

Louboutin brought proceedings before the Rechtbank Den Haag (District Court of The Hague, Netherlands) seeking a finding of trade mark infringement on the part of Van Haren, which it obtained.

This judgment, given by default, was challenged by Van Haren by way of opposition under Article 2.1(2) of the Benelux convention, alleging that the contested mark was invalid.

In the order for reference, the Rechtbank Den Haag (District Court of The Hague) explains that Van Haren’s line of defence is based on the assertion that the contested mark is in fact a two-dimensional mark, more specifically the colour red which, when applied to the soles of shoes, conforms to the shape of the shoes and gives them substantial value.

The referring court considers that the mark at issue is not a simple two-dimensional mark in that it is inextricably linked to the sole of a shoe. It observes that, while it is clear that the contested mark is an element of the goods, it is unclear whether the concept of ‘shape’, within the meaning of Article 3(1)(e)(iii) of Directive 2008/95, is limited to three-dimensional properties of the goods, such as their contours, measurements and volume, to the exclusion of colours.

In this regard, the referring court considers that if it were to be held that the concept of ‘shape’ does not extend to the colours of goods, then the grounds for refusal set out in Article 3(1)(e)(iii) would be inapplicable. It would therefore be possible to obtain permanent protection for marks incorporating a colour resulting from a function of the goods, for example, in relation to reflective safety clothing, or bottles covered with insulating material.

Article 3(1)(e)(iii) of Directive 2008/95/EC of the European Parliament and of the Council of 22 October 2008 to approximate the laws of the Member States relating to trade marks is to be interpreted as being capable of applying to a sign consisting of the shape of a product and seeking protection for a certain colour. The concept of a shape which ‘gives substantial value’ to the goods, within the meaning of that provision, relates only to the intrinsic value of the shape, and does not permit the reputation of the mark or its proprietor to be taken into account.